Everyone  likes a fast internet. Imagine downloading an 8 gigabyte file in  4 seconds. We have probably heard about the 5G prophecy... how 5G will rule the internet with blazing speed.

Well, what is 5G ?
5G is a buzzword, there is no standard technical definition for 5G but it is okay to think of it as the 5th generation of improvement to cellular networks. It is known that 5G will bring network speeds faster than 4G. These network speed will support new technologies like virtual reality, internet of things, autonomous vehicle, remote health monitoring and many more operations seamlessly.

To achieve these gain in speed for 5G, engineers and researchers are making changes (improvements) in the these areas

Millimeter Waves: As of today (12/02/2018), most network operations are carried out at frequencies below 6 GHz. Our popular WiFi for example operates at mostly 2.4GHz or 5GHz. As the number of internet or network capable devices grows, the existing frequency spectrum used for network operations gets used up. Hence, there is need to expand this spectrum. Researchers are now looking at the possibility of transmitting at higher frequencies (millimeter waves) - from 30GHz to about 300GHz since this will mean more bandwidth to accommodate the increasing number of  network devices. However, there is a draw back. Millimeter waves travel at line of sight and as such, they suffer signal degradation / loss due to obstacles (like trees, humans, buildings, rain) that often interfere with the signal's along its path. To tackle some of these problems, researchers are looking at Small Cell.

Small cell: In 5G, industries and academia are opting to deploy several small and lower power base station that could also act as signal repeaters or relays. The idea is that, with several small cells deployed, beams would not need to travel far and the effect of obstacles would be reduced. Another advantage of using small cells is they can be deployed in a way that they will provide better signal coverage to areas that were not previously covered.

All credits to 3blue1brown. My take away is that fourier can said to be the "center of gravity" of a signal.

I am implementing some portion of the webrtc framework in the Jitsi App (meet.jit.si).

I am going to keep things very simple and start from the basics.


Things you should understand first;


What is a frame? Think of a frame as a picture, yeah, just a single selfie, a snapshot.

What is a video? Lets think of video as a sequence of Frames (several snaphots), Imagine you taking a selfie of yourself every 1 second while you are trying to sing your national anthem (capturing the shape of your mouth from start to finish). Okay, every 1 second isn't good enough, Lets try taking that selfie 30 times every seconds. Definitely, your hand can't click that fast so you would rather use the camera's inbuilt timer (very few people create motion pictures nowadays) or better still record yourself.

Intuition on Network Spectrum and Bandwidth

Source:  A Survey of 5G Network: Architecture and Emerging Technologies

"The process of building a network environment includes two parts: consider the spectrum and then the bandwidth. Using cars on the highway as an analogy, the highway is like a spectrum, lanes are like the channels, and whether the car should be on the highway is determined based on the existence of holes, interference, or other factors of the channel. The lane to be used and when to switch lanes can also be determined.

Email ThisBlogThis!Share to TwitterShare to FacebookShare to Pinterest
Labels: Technology

I will assumes that you have heard of recursions and know a little or more on coding, better said - functions, methods or a code blocks. 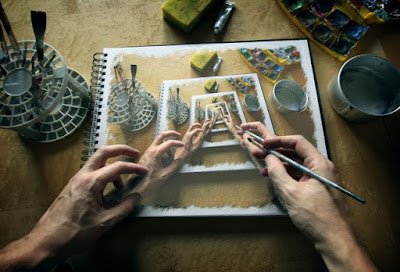 Okay, having established a basis, lets talk about one of programmers nightmares - Recursion.
I personally, have had a hard time understanding it and it happened I had those light bulb moments while having a bath and thinking of a challenge I had just solved using recursion. Yeah, some times you solve challenges and it snaps - it works but deep down, you know you haven't fully understood why it worked. Don't worry, if it happens to you, the bad news is that you are now alone. Though I would probably say "Its because we haven't been able to intuitively understand the problem/solution".

Back to bathing and thinking of why my solution worked - well it just had to, I had even dreamt about solving the challenge. The good news is I figured out the whole stuff and yes, I figured it out the intuitive way (I had that priceless "Ahaa" moment when you suddenly shout "UP NEPA" - just incase you dont understand the Ahaa moment, trust me you dont need it to know about Recursions) and that is what am about to share. Relax!!!, it easier than you think, it is so simple that you probably overlooked looking at Recursions that way. (next time you have a problem, try thinking about it while taking a bath, there is something in the water that makes the solution flow intuitively. If I and Archimedes can do it, you can also do it)

Written by my sister @Ms_Emjay_Cee,

(pictures on this page are not part of the poems) 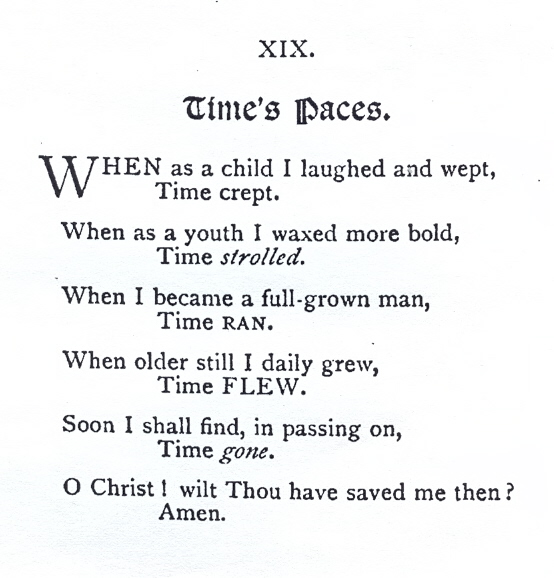